Although the U.S.A. and China are at odds with each other about mutual expectations that the other take on added responsibility to reduce greenhouse gas (GHG) emissions, representatives still believe the United Nations climate change conference from November 29th through December 10th is the beginning of positive movement towards significant environmental improvements in the future.

Nearly 200 nations are scheduled to meet in Cancun, Mexico, at the end of November 2010 for the United Nations Framework Convention on Climate Change (UNFCCC).  Their primary purpose is to address the establishment of a “green fund” to help emerging countries adapt to climate change (since they burn more fossil fuel energy while attempting to end poverty), sharing clean technology between countries, and protecting tropical rainforests which absorb carbon dioxide. 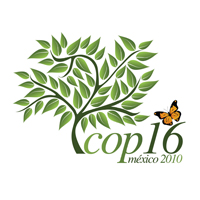 Although the principal concern is for industrialized nations to commit to reducing their GHG emissions − being the worst offenders − it is unlikely this will be resolved at the meeting.

The issue is presently too ambitious, but the goal of future meetings is to expand the United Nations’ Kyoto Protocol requiring industrialized countries to cut GHG emissions further.